My destination today was one that I have been slightly apprehensive about ever since I added it to my list several months ago.  This is The LODGE, located inside the Cordova Casino.  That’s right, a casino.  I didn’t even know this was here, nestled up against Highway 50 near Zinfandel on Prospect Park Drive. 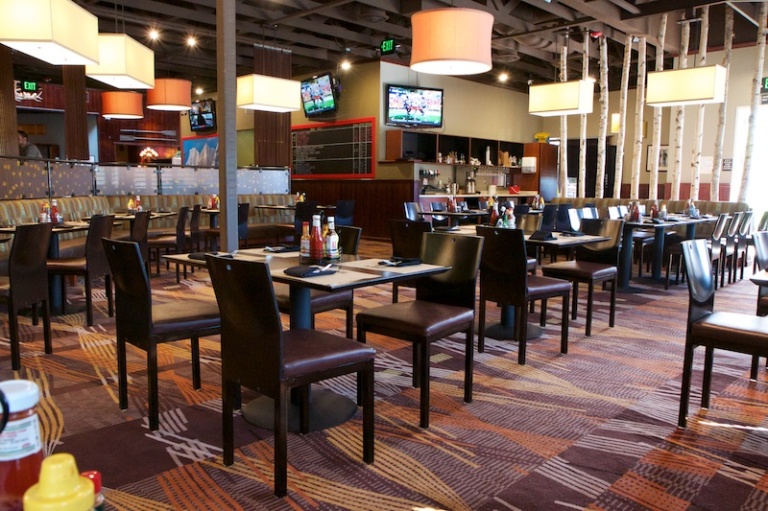 I had assumed this might be a dark, seedy little bar/grill with shady looking staff and customers alike.  Walking in at about 11 I found the exact opposite.  The place was bright and inviting.  The restaurant side had tons of natural light.  When you first walk through the main doors you are greeted by a huge stone fireplace with a couple massive leather armchairs sitting in front of it.  Straight ahead and up some stairs is a nice looking bar, very much fully stocked with tons of bottles proudly on display and brightly lit.  I started to walk down a hall towards the restaurant when I was greeted by one of the hosts.  I apparently walked right by the podium without realizing it.  The restaurant actually extended much further out than I thought and was a very big portion of the building.  I only caught a short glimpse of some card tables in a dimmer room off the the right.

She took me to a table and got a Mr. Pibb [which did not appear on my bill] ordered up for me.  I was the first customer not to sit in the bar, but over the next 30 minutes or so it started to fill up, and I would guess was packed not long after I left, being a Friday.  I dealt with 2 or 3 different servers in the beginning, and all were very friendly and eager to please.  Towards the end they were more scarce and I only interacted with one of them, who got my check and one refill.  I did not have anyone check on me after I received my food.

I had ordered the Cobb Salad (romaine lettuce, chicken breast, bacon, tomatoes, avocado, bleu cheese, hard-boiled egg)[$12].  After wishing I had ordered the tempura green beans at the Habit earlier in the week, I decided I would order the Battered Green Beans (with spicy ranch)[$5] here to satisfy that craving.

My food arrived in about 10 minutes and the chicken was hot.  It was steaming and I could feel the heat coming off of it from over a foot away.  This was a very nice looking salad with good proportions of all ingredients.  Just as important to portion, the quality was outstanding.  Everything seemed like it had been prepared for this salad alone.  This was a slightly pricier cobb compared to many I’ve had so far in Rancho, but it was definitely one of the best. 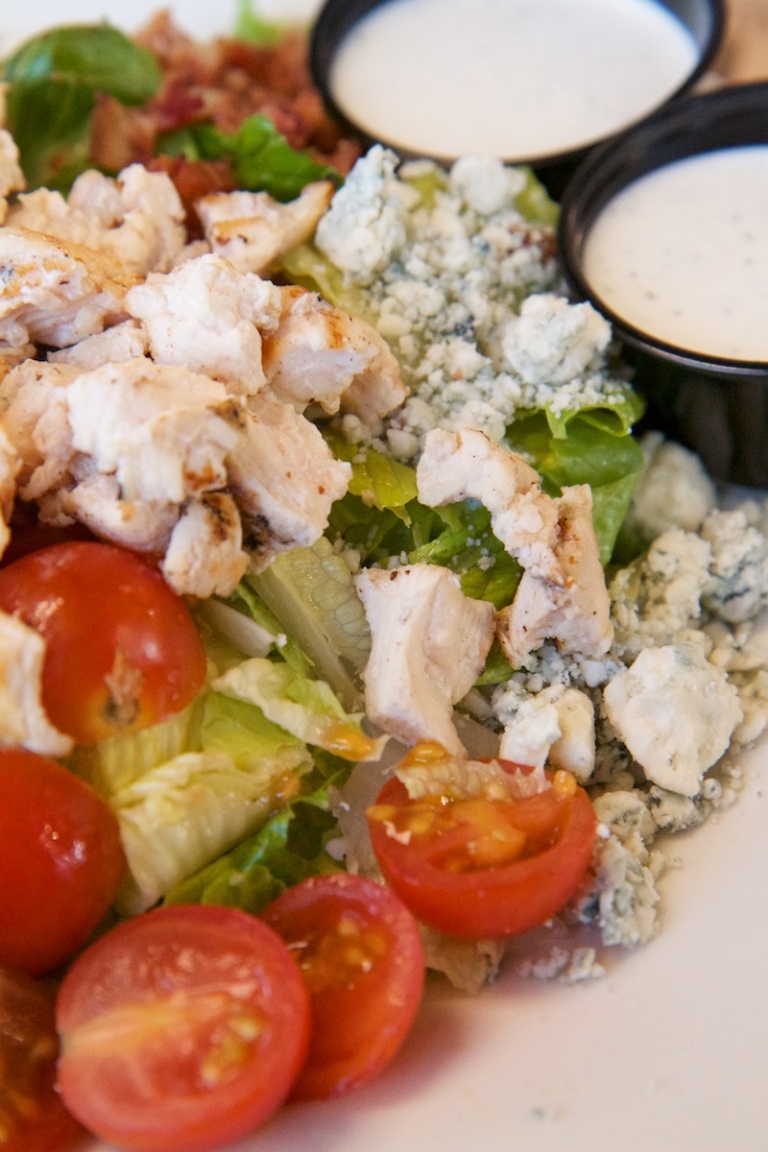 The green beans were exactly what I had hoped for.  Hot, lightly breaded and crisp, they actually kind of melted in my mouth after the initial bite.  The spicy ranch wasn’t too spicy, but added a nice zing to what might have been a boring dip after a while.  I would order these again in a heartbeat (and I’m sure I will return here sooner rather than later once I’m done with the salad mission).  All in all, so much better than I was expecting.  A very pleasant surprise. 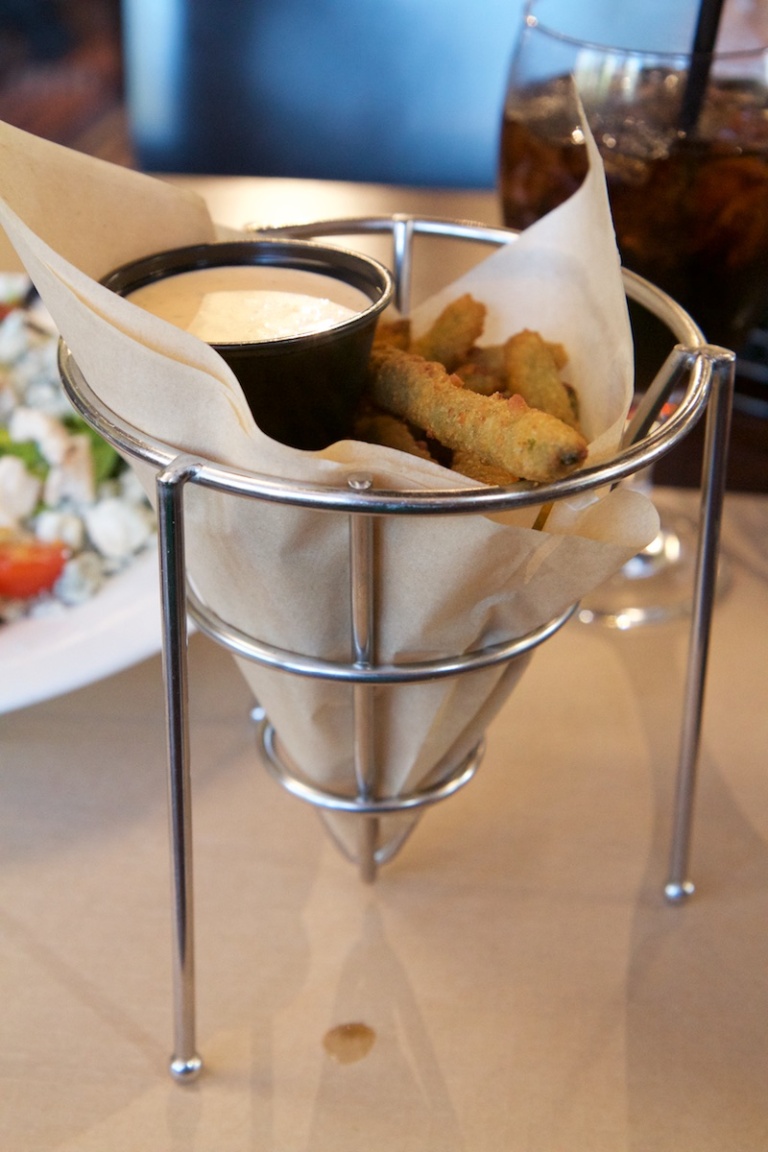