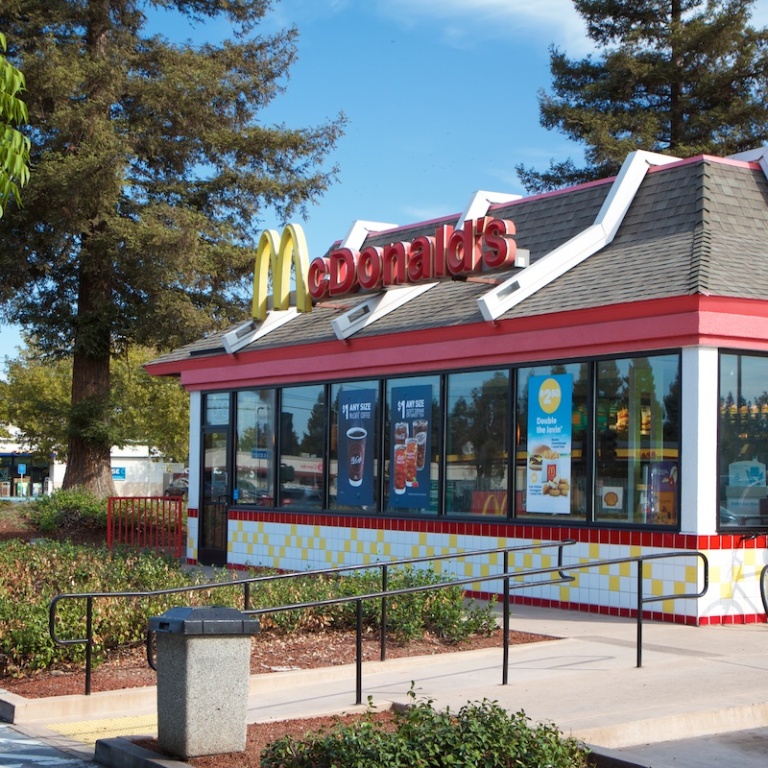 Ah, McDonald’s.  I can’t believe it’s taken this long for them to be chosen.  The location closest to me is White Rock & Sunrise, so off I went at 11AM.  This one was renovated within the last couple years and has a pretty nice dining room compared to most fast food. It was fairly quiet when I arrived.  The drive thru was busy the entire time though, so the staff was always busy.  I waited about a minute in front of the register before a cashier appeared from the back to take my order.

I wanted to get the Premium Southwest Salad with Buttermilk Crispy Chicken (crispy chicken breast filet with fire-roasted corn, savory black beans, roasted tomatoes, poblano peppers, sprinkled cheddar and jack cheeses, chili-lime tortilla strips, cilantro, a fresh-sliced lime wedge, romaine, baby spinach and baby kale, served with Newman’s Southwest dressing.)[$5.39] and I was thinking a hash brown on the side for the hell of it since they serve breakfast all day now.  Nope, this location apparently does not serve hash browns all day.  The cashier even mentioned that he thought they are the only location that doesn’t.  I had a bit of a panic-moment when I reached for my wallet and it wasn’t there, but luckily I had my phone and Apple Pay saved me.

My salad was ready in just a couple minutes, I hadn’t even finished getting my soda.  The salad was pretty straightforward.  All the greens were fresh and, perhaps most notably compared to a lot of salads I’ve had on this mission, cold.  The chicken was nice.  The breading was quite crisp and  the chicken within hot and tender.  The chili-lime tortilla strips actually had a surprising amount of flavor to them.  As for the other ingredients, most notably the corn, beans, tomatoes and peppers, they were technically there.  There were so few of all of them, however, that I barely caught a glimpse of them once I mixed the salad up a bit.  The southwest dressing was pretty much the same you’ll find anywhere else, which is to say good, and with just a bit of zestiness to it.  Overall it was a mostly satisfactory salad and a good value. 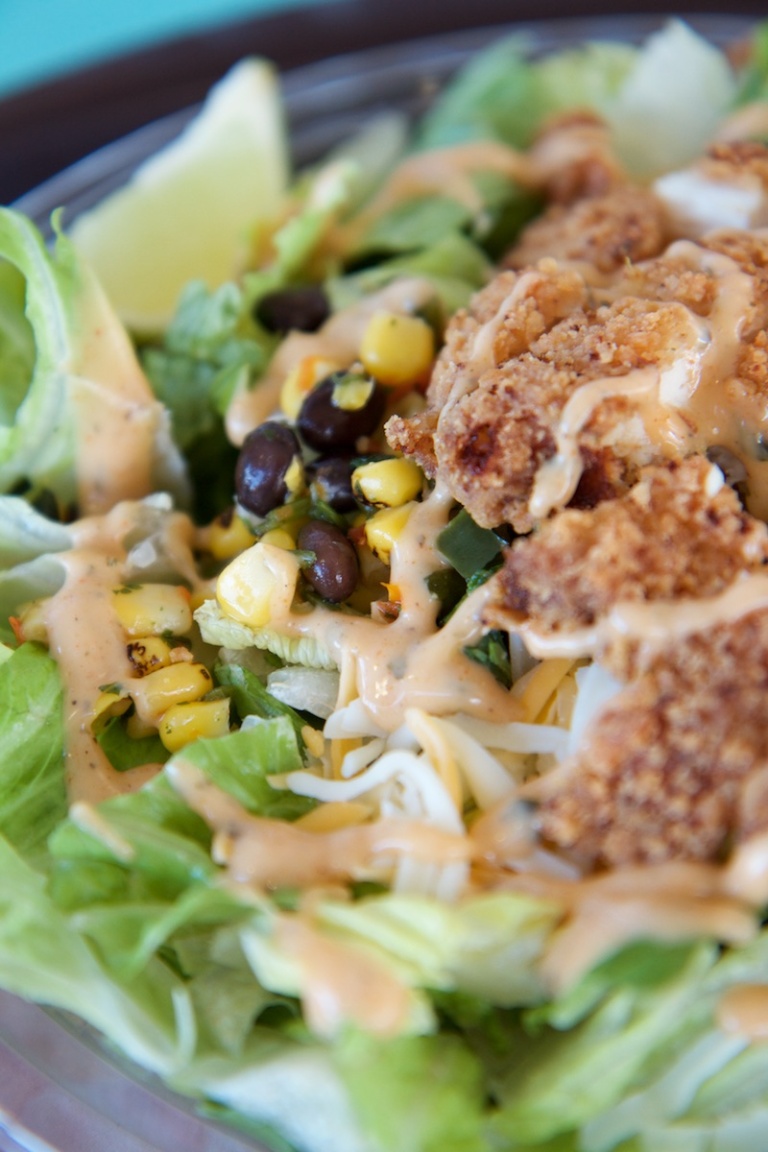